Digital DNA is the largest business and technology conference in Northern Ireland, combining networking, exciting talks and spectacle all under a single roof, that roof happened to be the historic St Georges Market in Belfast. AI NI had the pleasure to partner with Digital DNA to host an evening event in the wonderful main space. For this event we wanted to do something in the world of ethics, particularly on the threat of AI as autonomous weapons – this topic would be the main focal point for the night, along with a series of intriguing talks.

The first speaker was Fiona Browne representing the University of Ulster, Fiona’s body of work touches on an area of massive importance, applying AI to aid the discovering the genetic causes of disease. Fiona tackled this problem through applying network theory and presented a series of promising results. This was a heartfelt, compelling talk that shows how advancements in AI can benefit our society and that people within Northern Ireland helping to drive this, excellent work Fiona!

Aaron Falloon then took to the stage to tell us about an approach to tackling uncertainty in Machine Learning. A critical issue and one that Aaron was kind enough to share his expertise in, sporting hand drawn diagrams and a clever approach to revealing complexity in stages, this was certainly a talk to remember – benefiting both the practitioners and the enthusiasts among the audience.

Andrew Bolster then provided the introduction to our planned debate, discussing the historical context and the future precedent for AI use in the military. This talk provided a fascinating opening for the debate, which was hosted once again by the excellent Austin Tanney. All of the nights speakers (alongside a guest appearance by Tim Davidson of Brainwave Bank) funnelled the discussion towards an ethical battle. How much should we trust a machine? Should a person always make the final decision? were key questions that were raised.

This concluded another fantastic AI NI event, demonstrating an ability to collaborate with other organisations to help drive community engagement in AI – in this case reaching out directly to the attendees of Digital DNA. 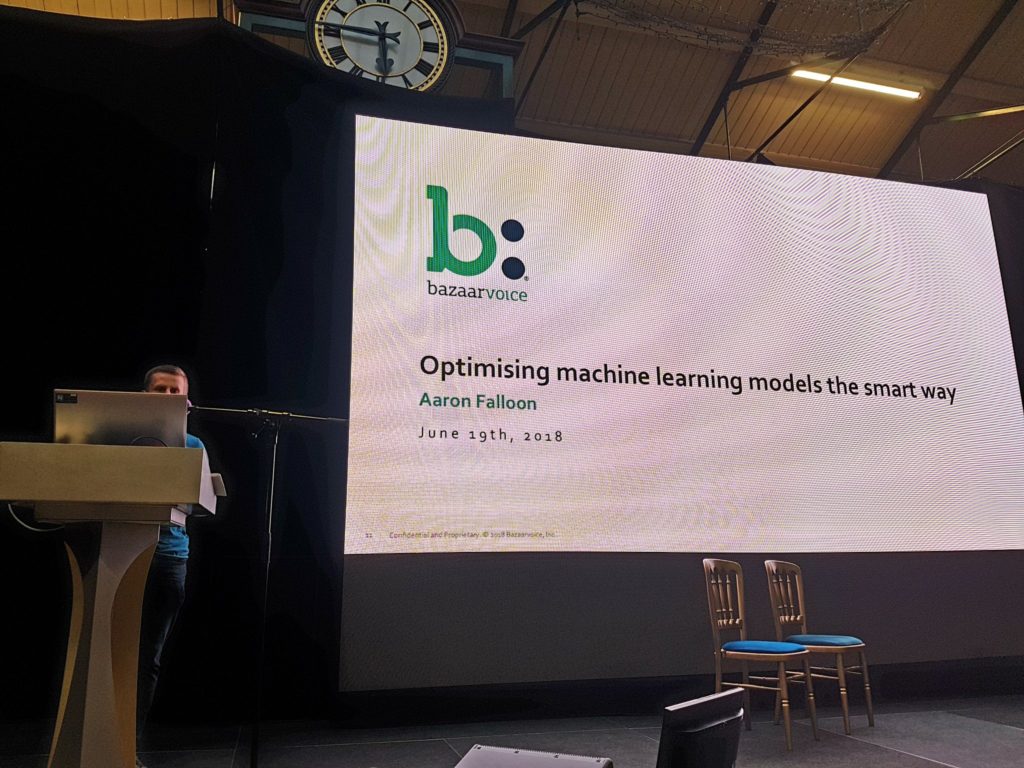 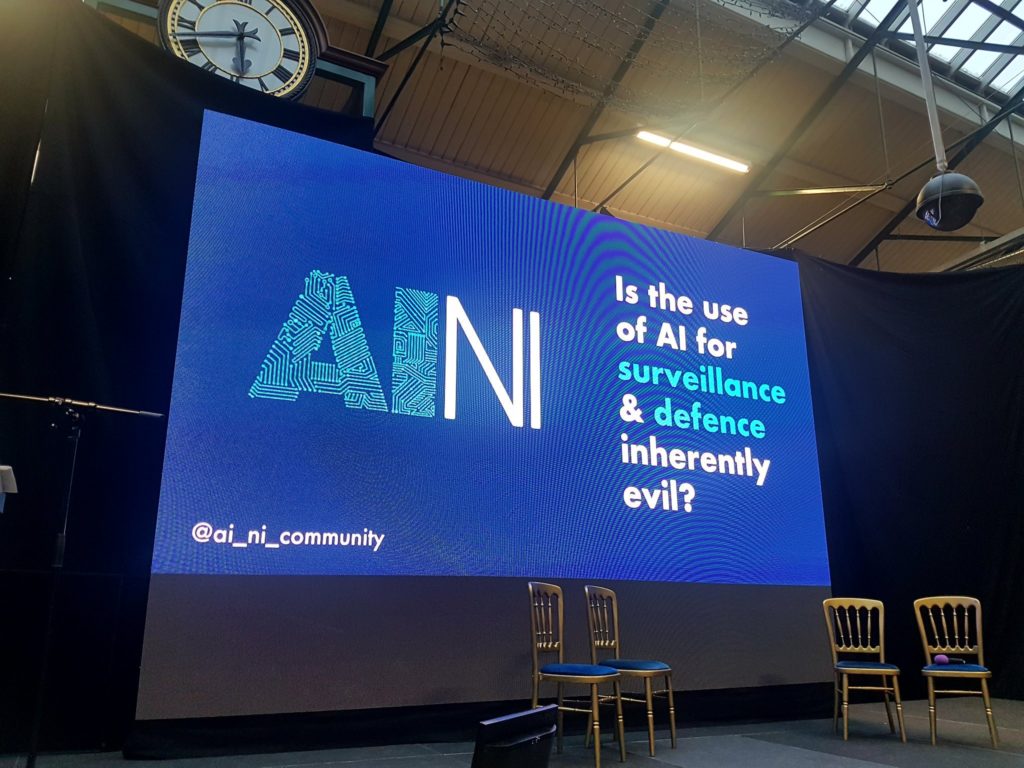 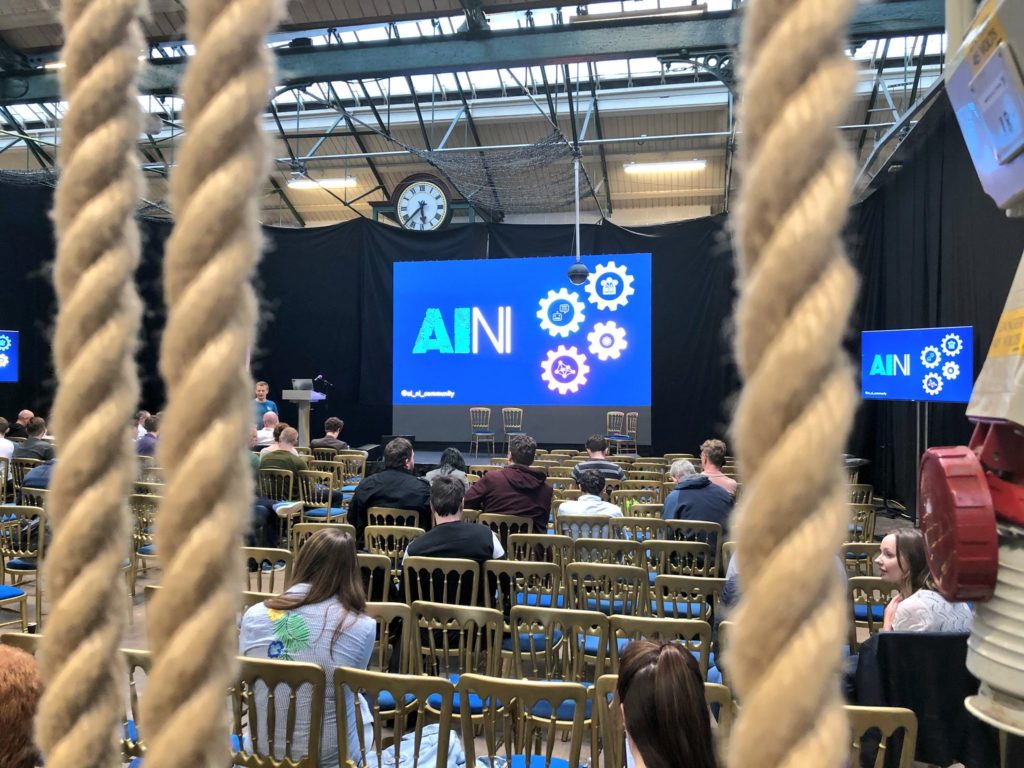